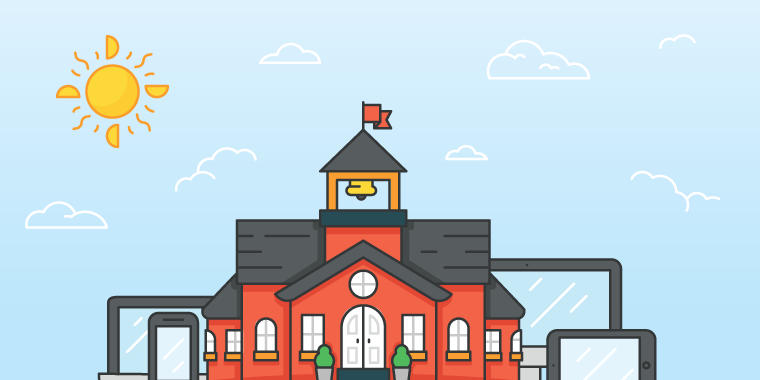 Instructional designers working in higher education have a ton of tools at their disposal. Learning management systems, educational apps, clickers, and other technologies allow for lots of creativity both inside and outside of the classroom.

At the University of Maryland, I partner with faculty to create engaging activities that help learners apply new skills and practice outside of the classroom. In addition to helping faculty with the tools listed above, we create custom videos and e-learning products for their courses. Both students and faculty have been wowed by the e-learning projects we have created for their classes. Faculty love how we can create a customized piece that requires students to demonstrate their skills; and students like that these assignments are engaging, useful, and fun.

Today is all about quizzing!

This is a continuation of this ongoing comparison. For a full comparison, check out this post.

If you follow my blog, you know that the past few weeks I have been participating in a MOOC on blended learning design. This week wraps up the course with a focus on quality assurance.

Here is the thing about QA in blended learning: there’s no real set standard. That said, I think the most important standards are the same for all courses whether online, blended, or face-to-face. The implementation may be different but the student experience should be the same. Below are some questions you can use for self-evaluation of your course. The first four sets can be used for any class. The last set is geared towards classes with an online component.

This might seem like a lot, but remember that there are huge benefits to online and hybrid learning experiences. Students really appreciate the flexibility and support that these courses offer, often at a reduced cost compared to face-to-face options.

BlendKit offers some great resources for blended learning QA that can help you at any stage of the process, including:

If you need extra support designing or implementing your course, talk to an instructional designer (like me!) or check out some of the many resources offered on the subject including:

And most of all, don’t forget to have fun!

Questions? Comments? Leave them below!

This is my final post about blended learning as I work my way through this MOOC.

For more, check out my previous posts on blended learning and my series on flipped learning:

Assessment is an important part of any course. We want to make sure that our methods are working and learners are learning things (correctly!).

One of the things that I love about the blended and flipped classroom movements is the focus on assessment through projects, discussion, and other non-test means. Today I’m going to take a brief look at formal and informal assessments, in addition to some best practices for online quizzes.

Formal assessment does not necessarily mean an exam. Instead, students may be asked to:

Note that any of these assignments could be submitted in person or online. In fact, some (web site, video, etc.) may be more suited to an online submission.

Regardless of the type of assignment, the goal is to replicate, as closely as possible, what application of their new knowledge might look like in the ‘real world’. The key to successful projects and authentic assessments is to set expectations through thorough instructions that include a checklist or rubric. Rubrics should always be shared when a project is assigned and should have measurable criteria.

I love informal assessments. I often think that they can hold more insight than a formal one and are a great way for an instructor to see which students need extra support. In addition, informal assessment can also be more fun for students.

One idea I like is the use of Twitter. Assign a hashtag for the course and have students tweet answers to questions, summaries of articles, or links to resources they have found. Summarizing complex ideas into 140 characters can be tough!

Kevin Kelly puts forth the idea of the one-sentence summary. For this activity students write one sentence that answers all the important questions – who, does what, to whom (or what), when, where, why, and how. It is important that the instructor feedback for this activity touches on both what the student did grasp and what they did not grasp – either through errors or omission.

Kelly also brings up the idea of student generated test questions that may then be used on a test, if appropriate of course. This also gives the instructor an understanding of what students are and are not grasping.

Of course, sometimes you just need to give a quiz – perhaps if you are offering a course for certification or have 200 students in your class. If this is the case, technology can offer some great resources. Most online quizzing tools, whether built into an LMS or not, offer:

If you do go this route, the University of Central Florida has compiled some great resources for combating cheating and writing effective test questions.  Their blended learning MOOC also shared a great resource on configuring quiz settings.

Regardless of the type of assessment, remember that the point is to make sure students are learning and to gather insight into your effectiveness. Be sure you use assessments not only to assign grades, but also as a way to see what is working and what is not, and then make changes accordingly.

Questions? Comments? Leave them below!

Check out my previous posts on blended learning and my series on flipped learning:

Next time: connecting the online and face-to-face elements

I’ve been a little quiet lately because, well, winter, but also because I have been in a period of transition.

Starting February 16th I will be the Assistant Director, Instructional Design at the Robert H. Smith School of Business at the University of Maryland. This exciting new opportunity means I have been spending some time wrapping up projects and loose ends at my current position.

As part of that process, I’ve updated some of my old templates from Storyline to Storyline 2. I thought I would share one with you guys today.

This “Cards Against Humanity” knockoff quiz was created for the very first eLearning Heroes challenge I participated in, about a year ago. Here it is again in all its Storyline 2 glory. You can click on the image above to download it.

If you just want to enjoy the game, or check it out before downloading, you can play the original version.

Storyline 1 users, you can download the original version here.

Happy Independence Day to my fellow Americans!  I am looking forward to a long weekend of food and fireworks (and trying to soothe frightened dogs).

In an early celebration, I participated in David Anderson’s eLearning Heroes Challenge this week with a quiz on avoiding cognitive overload in multimedia learning. (and, now that I am writing this I am wishing I had given it a fireworks theme… hindsight…)

Anyway, I had fun making it and think it is kind of a cool quiz.

It focuses on the use of Mayer’s 10 Principles of Multimedia Learning. You can use the “hint” link on the player to access more information about those principles.

I initially wanted to do this with drag and drop, but in the interest of time decided it would be best to just use some buttons.

Well, when I was creating the buttons for the Image category, there were two key pictures – one with a single key and one with a bunch of keys.  To me they very simply illustrated the difference between the necessary information and extraneous context.  I decided that this would be a great simple image and topic to run with.

Again, in the interest of time, I decided to limit the number of elements the learner had control over.  3 elements were key (pun intended) – the audio, the image, and the text.

For audio, I started with just a simple On or Off choice.  However, since timing is an important element of Mayer’s 10 principles, I switched it up.  There ended up being 3 choices – Audio on with image/word syncing, audio on with no syncing, and audio off.

I used the image to touch on the idea of only including essential information.  This could have been done in other ways as well, but I figured this would be the simplest.  So, there were 3 images choices – basic (one key), with context (a whole keychain), and no image.  In a drag and drop scenario, you could have more control over placement, but for simplicity the image placement is set.

The text got a little more complicated. There are so many ways to include text on a slide! I broke it into 2 categories that covered most text options: amount of words (key words vs. longer descriptions) and word placement (with the picture or standing off on the side). You also have the option of including no image. This gives the learner 5 different text options.

There were lots of triggers with lots of conditions in this project. With 45 different possible set ups, I had to be mindful about how I set up the slide logic.

One way I minimized items on the screen was to make good use of states. The audio had 2 visual states (on and off), the image had 3 (bare bones, with context, and hidden), and the text had 7 (hidden, a paragraph, bullets, key words for both image states, and short descriptions for both image states).

I also needed to make sure that all the buttons changed the states of any elements they affected.  So, for instance, if you have set up a complex image with key words, then changed to the simple image, the placement of the key words needed to change.

The logic for allowing the learner to preview the slide they created and for giving feedback got a little tricky, but I won’t go into detail on that here. However, if you would like to see the project file, just drop me a line or comment below.

Give it a try!

Click the graphic below to test our your knowledge of Mayer’s 10 Principles of Multimedia Learning.